Is anyone else out there wondering why China would make significant military announcements when the USGOV isn’t paying attention? 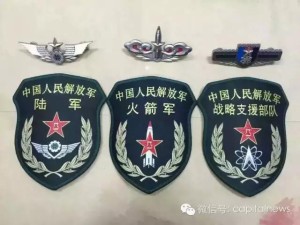 China on Friday unveiled further details of one of its largest military reforms, launching three new bodies of the People’s Liberation Army (PLA), including an army command, an upgraded missile force and a special force for space and cyber wars.

Chinese President Xi Jinping, who also heads the Central Military Committee (CMC), on Thursday conferred military flags to the commanders of the three bodies, namely the PLA Army General Command, the PLA Rocket Force and the PLA Strategic Support Force, at their inauguration ceremony in Beijing.

This is part of China’s key reforms aimed at enhancing the Communist Party of China’s (CPC) leadership over the military, and boosting the PLA’s combat capabilities by establishing a modern military system.

Analysts said the establishment of the PLA Rocket Force is an upgrade of the previous Second Artillery Force, which operates strategic as well as conventional missile weapons.

The upgrade places the rocket force on an equal footing with the army, navy and air force, said Song Zhongping, a military expert.

The Defense Ministry on Friday stressed that the establishment of the Rocket Force does not mean a major change of its nuclear policy.

“We will strive to build a strong and modern Rocket Force,” he said.

Yang did not get into much detail about what the Strategic Support Force is, but said it is a force which combines the strategic, basic and support resources of the country’s new type of combat forces.

But Song said this new force is mainly aimed at providing resources capable of protecting China’s cyber and space security.

Song said the establishment of the Strategic Support Force shows the Chinese leadership’s vision of building a military that can meet the challenges of not only traditional warfare but also of new warfare centered on new technology.

The establishment of the Army General Command puts the control directly under the Central Military Commission. It is a major measure to improve the leadership and command system, the Ministry of National Defense said earlier.

Through a joint command and combat system, the Central Military Commission will be able to directly lead the army, the navy, the air force and rocket force, which will largely enhance the efficiency during wartime, said Song.

At Thursday’s conferral ceremony, President Xi said the move to form the Army General Command, the Rocket Force and the Strategic Support Force is a major decision by the CPC Central Committee and the Central Military Commission to realize the Chinese dream of a strong military, and a strategic step to establish a modern military system with Chinese characteristics.

It will be a milestone in the modernization of the Chinese military and will be recorded in the history of the people’s armed forces, according to Xi.

The Central Military Commission has also released a guideline on deepening national defense and military reform, about a month after Xi ordered a military administration and command system overhaul at a key meeting.

According to the guideline, a new structure will be established in which the CMC takes charge of the overall administration of the PLA, the Chinese People’s Armed Police and the militia and reserve forces, while battle zone commands focus on combat and various military services pursue development.

The military reforms, which will involve massive restructuring and regrouping, are expected to “make major breakthroughs” and achieve concrete results by 2020, according to the CMC.

Xinhua contributed to this story