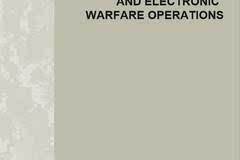 Appendix C contains the procedures for handling cyberspace operations requests from military, military, and military units, as well as fields and information for the Cyber ​​Operations Application Form (CERF). Blank copies of the cyber operations application form and field explanations are all part of the process.

Appendix D includes fields and information for the Electronic Attack Request Form (EARF). A blank copy of the electronic attack application form and a five-line brief with field interpretation are part of the program.

Fourth, the characteristics of cyberspace

5. Cyberspace as part of the operational environment

Third, the role of the commander

Appendix B Cyberspace in Combat Commands

Thanks for compiling/reviewing: Shen Song