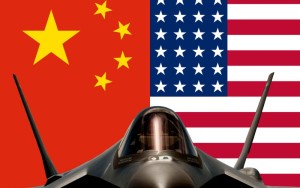 And the People’s Liberation Army (PLA) has not returned to its previous level of commercial espionage since then, said several current and former U.S. officials.

“The big picture is that from 2014 on, the administration pursued a much more direct and coercive approach with China, and it has produced results over time,” Evan Medeiros, a former senior director for Asia affairs on the National Security Council, told The Post.

The report comes a day before top U.S. and Chinese officials begin several days of talks that aim to flesh out a September deal between the two countries to eradicate corporate hacking.

“For a period of time following the indictments, there was a very significant decrease” by the PLA, an unnamed U.S. official told The Post. “And today we are definitely not at the level that we were before the indictments.”

The narrative cuts against some recent reports that China’s civilian spy agency, the Ministry of State Security (MSS), has not reduced its commercial espionage efforts in the wake of the September agreement, which was struck during Chinese President Xi Jinping’s state visit to Washington, D.C. in September.

But it’s also possible that China has transitioned some of its digital theft from the PLA to the MSS, which can better hide its digital tracks.

The MSS is believed to be behind some of the more major U.S. breaches over the past year, including the intrusions at health insurer Anthem and the Office of Personnel Management (OPM), in which over 20 million federal workers had their sensitive data stolen.

But those hacks were likely part of China’s ongoing digital espionage campaign to gather detailed information on U.S. government workers, not an attempt to steal intellectual property.

Cyber espionage was not part of the September agreement between the two global powers.

A U.S. official told The Post that this week’s meetings will be a good opportunity to discuss China’s ongoing commitment to its September deal, but that it will take time to determine whether the Asian power is fully complying.

“As we move forward, we will continue to monitor China’s cyber activities closely and press China to abide by all of its commitments,” the senior administration official said. “We have been clear with the Chinese government that we are watching to ensure their words are matched by actions.”

Read Original article at: The Hill

One thought on “China’s Military Hacking of US Business Subsides”