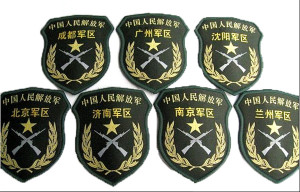 China’s new-type combat forces have developed rapidly in the past five years with great achievements, but we still lag far behind world military powers in that regard.

Going forward, the construction of new-type combat forces is of critical importance. China should focus on fostering advanced forces and means that are essential for us to seize the high ground in military competition and win information-based battles, and improve our combat capacity through leapfrog development.

Considering the development of the form of warfare, we should have a clear idea of the position and role of new-type combat forces.

First, it is a sharp weapon to win future warfare. The world history of military development shows us that new-type combat forces always decide the outcome of wars with “intergenerational” advantages.

Today, the U.S. and Russia still insist on the path of high-end technological advantages and emphasize the possession of strategic advantages over rivals. This tells us that whoever takes a preemptive step in fostering new-type combat forces will establish winning advantages in the war.

From the famous theories on air/sea supremacy in military history to theories on blitzkrieg and firefight and to today’s air-sea integrated operations, precise and fast operations, cyberspace warfare and long-distance coordinated operations, they have all experienced the same process from emergence to development. The appearance of every tactical theory is backed by corresponding new-type combat forces.

The several recent local warfare has proven that “all-domain, long-distance, integrated and precise” have become the typical features of combats in information-based conditions. To adapt to the needs of future warfare, we shall accelerate the construction of a range of new-type combat forces and establish advantages featuring “we have what the enemy has not, we excel in what the enemy has”.

We shall reinforce the aerospace early warning forces. Seizing the room for aerospace combat is not only an effective means to ensure a transparent status on the battlefield, but also an important way of forming relative advantages.

We shall strengthen the strategic delivery force. Given its long strategic depth, China urgently needs a long-distance delivery force commensurate with its position as a strong power to effectively deal with international situations and safeguard the nation’s strategic security.

We shall insist on the development direction of military-civilian integration, rely on a number of military and civilian departments to build strategic delivery platforms and transportation mechanisms integrating railway, road, water transport, aviation and spaceflight, so as to guarantee military-civilian coordination, fast combat readiness and deployments in case of any situation.

At present, China’s military unmanned aerial vehicle (UAV) has been developed and used at a fast rate, but the development of emerging unmanned forces such as unmanned vehicle, vessel and underwater vehicle is backward.

Therefore, we shall step up comprehensive construction and form a professional unmanned troop that can both fight independently and cooperate with manned troops, integrating reconnaissance, strike and evaluation.

Cyberspace combat is the strategic means to obtain asymmetrical advantages.

The cyberspace is an important battlefield to obtain the information supremacy and a strategic means to obtain asymmetrical advantages. As the U.S. has applied a string of cyber virus weapons such as Stuxnet, Flame and Suter, main countries around the world are all building their “cyber forces”.

Building a “cyber force” as soon as possible is a requirement raised by the time to safeguard national cyber security and sovereignty and win information-based war.

We shall foster a standard and professional new-type “cyber force” integrating cyber attack and defense as well as information security to obtain the cyber supremacy.

Moreover, cyber terrorism is a new form of terrorism arising from the information network, and fighting cyber terrorism has become a prominent topic in national security, international policies and relation.

Therefore, it is imperative to carry out international cooperation and form an “international peacekeeping” force to fight against cyber terrorism.